Welcome to a wiki for Matilda the Musical. Here, you will find details of casting and dates. Matilda the Musical is a musical written by Dennis Kelly with music and lyrics by Tim Minchin. The show is currently running on the West End and is on tour throughout the United Kingdom and Ireland.. It is based on the much loved children's novel Matilda by Roald Dahl, and has won the most Olivier Awards in history.

WE SAY GOODBYE TO THE FOLLOWING MATILDAS:

We wish these girls nothing but the VERY BEST for their future!

WE WELCOME THE FOLLOWING MATILDAS:

CURRENT MATILDA PRODUCTIONS AROUND THE WORLD:

Current Matildas around the world

Here is a list of all of the current Matildas- 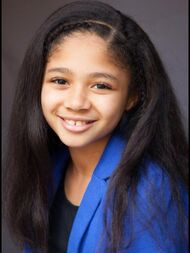 Go to these sites for info or for help with your own wiki!

Community content is available under CC-BY-SA unless otherwise noted.